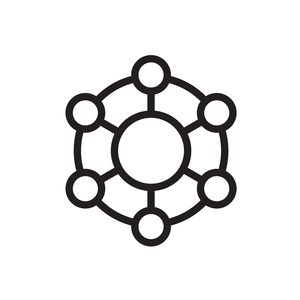 Civic Responsibility is one of the original 10 Principles of Burning Man. The 10 Principles were originally written by Larry Harvey in 2004 as a guide to the organization of Burning Man, and later adopted as a model of thinking and behaviour for participants to follow at the event, and in their lives generally.

The actual meaning of 'civil society' in the opening statement in this Principle is not explained. It is clearly associated with the two statements that follow on from this initial one. Whether these two following statements are meant to encompass the entirety of what is meant by 'civil society' is not clear. Taking them at face value we might observe:

A. This principle contains a clear reference to three distinct groups:

B. Out of these groups, Group1 is given three specific directives with - apparently - varying force:

Each directive is laid upon Group1 with varying force. The words, 'should', 'endeavor', and 'must' are not equivalent. 'Should' implies a moral, but not a legal obligation. 'Endeavor' implies that the an attempt should be made, but the there is no set measure of how much effort should be attached to that attempt. Only the word, 'Must' carries an unambiguous meaning - this directive is absolute and unavoidable.

In the case of Directive1 it might be surmised that the word 'must' was avoided due to the difficulty in defining what 'public welfare' is. Even so, the expression, "must take reasonable steps to ensure public welfare" could have been used. It may be that the author wished to use an encouraging rather than imperative command at this point.

In some ways comparing the Civic Responsibility Principle with another Burn Principle, Communal Effort, yields a better understanding of both. If we accept that Communal Effort enjoins the Burner community to work together in order to achieve beneficial results for the Community (and particularly in the field of creativity and communication), then Civic Responsibility is left with the task of defining roles and frameworks which would maximise the enduring power and effectiveness of those efforts, and harmonise those structures and efforts with each other.

There is a danger in 'Civic Responsibility' where the effort to 'harmonise' overrides the impulse to and the benefits of divergent attitudes and approaches. Without checks and balances, Civic Responsibility can become a rallying call to excesses which suppress individual liberty and creativity. Writing at the time of the struggle of the colonial settlers of North America to free themselves of tyranny, and at a time when his thoughts were turning towards preventing future tyranny, de Tocqueville imagined a society where intelligent citizens participated to the fullest in the organization of their communities:

(The citizen) develops a taste for order, understands the harmony of powers, and in the end accumulates clear, practical ideas about the nature of (their) duties and the extent of (their) rights.

The principle commences with a statement that clearly sets up 'civil society as a playa virtue. But there is no clarity in this initial statement as to whether 'civil society' in this instance has a wider context beyond the playa. And, beyond some vague notion that it involves 'politeness', the term has been used at times to describe, by those who benefit from it, societies that disadvantage, oppress and commit State sanctioned murder and genocide. De Tocqueville wrote about civil society in the context of colonial North America, and although he did not favor posterity with a simple expression of the concept, this quote come close:

"The New Englander is attached to his township because it is strong and independent; he has an interest in it because he shares in its management; he loves it because he has no reason to complain of his lot; he invests his ambition and his future in it; in the restricted sphere within his scope, he learns to rule society; he gets to know those formalities without which freedom can advance only through revolutions, and becoming imbued with their spirit, develops a taste for order, understands the harmony of powers, and in the end accumulates clear, practical ideas about the nature of his duties and the extent of his rights."

Let's also be clear though that in de Tocqueville's world 'civil society' was the product and privilege of a select few. He also said:

"Among these widely differing families of men, the first that attracts attention, the superior in intelligence, in power, and in enjoyment, is the white, or European, the MAN pre-eminently so called, below him appear the Negro and the Indian."

Modern interpretations of 'civil society' still frequently fail the test of inclusiveness and objectivity. Most frequently it is a term used to assert the superiority of one's own culture in relation to others, ignoring the faults of one's own and misunderstanding the complexity of the other. Anyone asserting that the Burn culture is a more civil society than any other should be very careful not to fall into hubris. Burn culture might include a genuine ambition to 'do more' and 'be more', but it is never 'done', and it will never be, 'the only'. And those who would see some lessons that might be carried from the Playa into the wider world in order to make the latter more 'civil' should be wary of those who promote the idea of the Burn as an escape from the default world. In reality there is no separation, but believing it's so is asserting that the lessons of the playa have no place in the wider world.

A Burn Principle is not intended as a description of 'what is', but rather a guide to taking active steps - and not just within the Burn community. Examples of 'Civic Responsibility' include:

There is a case for a re-write of this principle to make it clearer that it applies to participants as well as event organizers.