In 1998 Burning Man formally adopted the “Leave No Trace” principle, borrowing the phrase from the United States Forest Service, the Bureau of Land Management, and the National Park Service, which jointly popularised it in a widely circulated 1987 brochure. 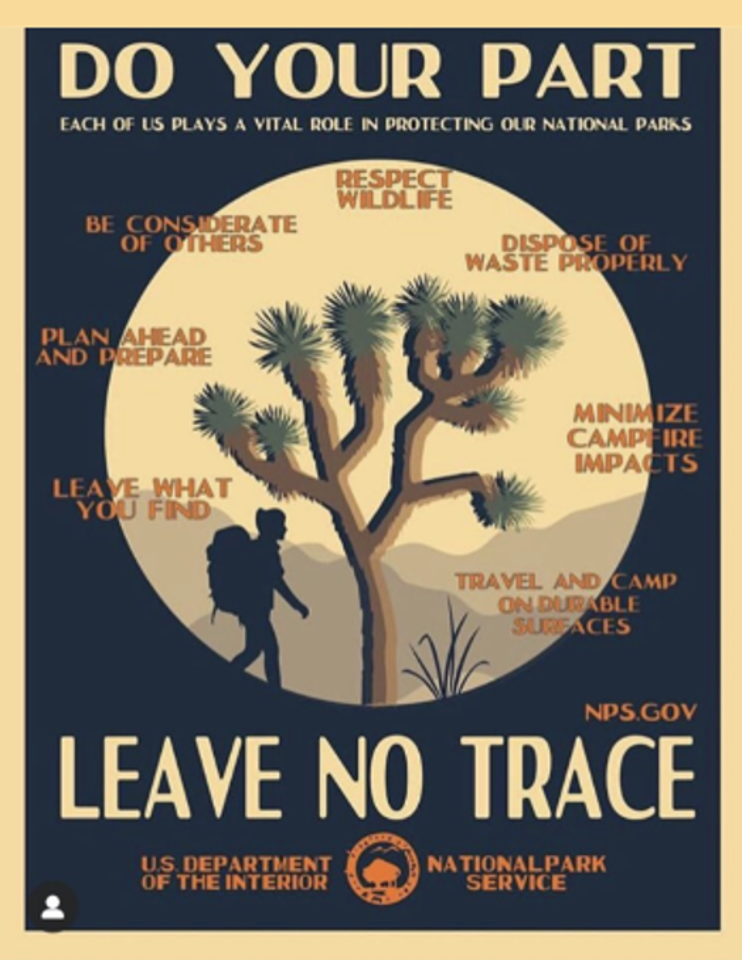 Leave No Trace, a concept borrowed from the National Parks Service (USA).