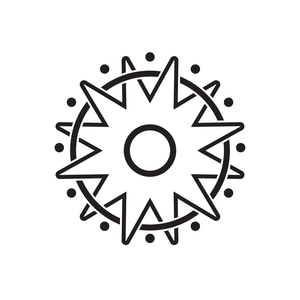 The Radical Self Expression Pictogram by James Wickham

Radical Self Expression is one of the original 10 Principles of Burning Man. The Ten Principles were originally written by Larry Harvey in 2004 as a guide to the organisation of Burning Man, and later adopted as a model of thinking and behaviour for participants to follow at the event, and in their lives generally.

"Radical self-expression arises from the unique gifts of the individual. No one other than the individual or a collaborating group can determine its content. It is offered as a gift to others. In this spirit, the giver should respect the rights and liberties of the recipient."

The wording of this Principle suggests that Radical Self Expression is a transactional quality. Rather than being a statement of rights or privileges of the individual, it describes the way in which the individual relates with others. In this transaction, the rights and liberties of the other parties should be respected. It is also a call to the individual to honestly and openly give of, and express themselves - to search and find in themselves their own authentic and unique gifts.

Radical Self Expression is one of the core burn principles. This must be included in any Burn in order for it to be officially associated in the Burning Man community.

This Principle may sometimes be mistaken as a license to disregard the interests of others in the pursuit of one's own expressiveness. The wording of the principle makes it clear that radical self expression is a transaction rather than a entitlement, and the transaction should be conducted with respect towards the rights and liberties of the other parties. This does not mean that Self Expression should be constrained to the extent that it accords with the sensibilities of every other person on the playa. The principle, however, does call upon the individual to consider the rights and liberties of others - especially those expressed by them - in the course of that transaction. There is no absolute guide as to how that consideration should be conducted or concluded, and to a large degree it is contextual, taking into account some of the following factors:

This principle, in calling upon an individual to search for and express their unique gifts, can be confronting. It can be a challenge to one's own equilibrium that is built upon the creation of different personas which we (nearly) all use to operate in the default world. When faced with the opportunity to truly express ourselves, we also face the question, "Who am I?" The power of the Burn is in how it effects us. It is not unusual for people to find this challenge unsettling, particularly when they return to the so-called default world where they realize how at odds some of those 'operational personalities' might be with their own 'true' spirit. This is often a large part of what is known as the 'Post-Burn blues.'

Burn participants should know that spiritual/psychological support is available on-playa, and post-playa through the Burn community. One of the best ways for preparing for these mental challenges is to understand that they are normal and shared by many others. Another good way to deal with, and to some extent avoid, this mental dislocation is to not see the playa and the so-called default world as separate existences. It is all 'the real world', and you are a 'real person' in both places. Fracturing the playa and the so called default world into two worlds only helps to exacerbate the sense of dislocation, and to perpetuate the notion that one is right and one is wrong. In truth the Burn exists in the 'real world' and shares many imperfections with it. If we believe that the playa is a place and an opportunity to model some better behaviors, then we do ourselves and the world no favor if we maintain that the playa has, 'no connection with the real world'. Nothing would more strongly say that the playa, and the lessons of the playa, have no relevance to the 'real world'. And that would negate the real power of the Burn to do good in the world.

A Burn Principle is not intended as a description of 'what is', but rather a guide to taking active steps - and not just within the Burn community. Examples of activating radical self expression include:

One might ask, if radical self expression is a call to express one's own authentic nature, is it appropriate to use culturally significant costumes and body decoration that aren't the wearers natural culture? This isn't a question about whether someone might be offended, but about whether a person is being authentic in their self expression, that is to say, whether they are really being true to themselves and following the principle, rather than simply following 'fashion'. On the other hand, to choose 'fashion' is a legitimate expression of individual choice, and many fashions simply reflect many of the aspects of ourselves. Cultural identity and personal identity are completely intertwined. And there is always the opportunity to express individuality in 'how' we wear a piece of fashion. One can - at best - invite people to think about these things.